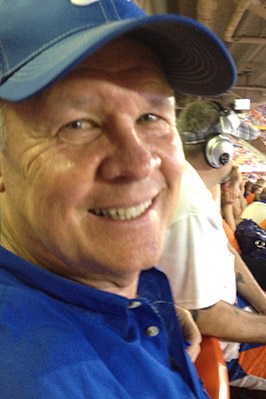 Millard K. Joyner, a Florida native born in Largo, is the CEO of Joyner Construction Partners, LLC. and the head of our residential services division. Finding his construction home in Gainesville, Joyner graduated from the University of Florida’s School of Building Construction in 1972. After working at an architecture firm for three years, Millard ventured out on his own to create Joyner Construction Partners, LLC. The business was born when Joyner completed his first project: the Self Service Shoe Store on Main Street in Gainesville.

Millard has established Joyner Construction Partners, LLC. as one of the leading residential construction companies in the area and strengthened the company with a legacy of quality, efficiency, and dependability. Millard accomplished these milestones for the company by wisely hiring quality subcontractors and by bringing personal friend and UF classmate Richard Wagner into the fold.

Millard has used his company to stay involved in the greater Gainesville region by building over 1,000 homes throughout Alachua County, but he also taken his commitment to the community a step farther by participating in several different area organizations. Millard and Joyner Construction Partners, LLC. were founding members of the Heart of Florida Chapter of the U.S. Green Builders Council, and he is active in the Builders Association of North Central Florida, having served on the board of directors. Millard has made a habit of being a board member by serving in that position for the Gainesville Area Chamber of Commerce, the Rotary Club of Gainesville, the Gainesville Country Club, and the Gator Golf Boosters. Millard has also served as president of the Gainesville Golf and Country Club and of the Gator Golf Boosters. He has also been a Bull Gator and serves on the board of directors for Mercantile Bank.Millard has three beautiful daughters that he loves and spends as much time with as possible. He enjoys golfing and fishing when time permits. 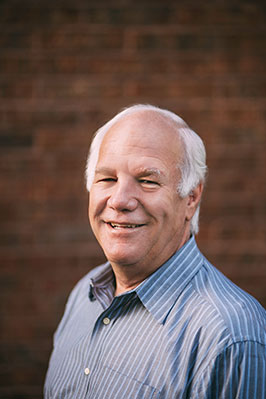 As success followed through numerous negotiated projects, the commercial division began to grow and hire additional personnel. With a foundation of honesty, integrity and fairness, Joyner Construction Partners, LLC. modeled its business format after the standards of excellence established by larger construction firms in Alachua County.

Richard’s demeanor and honesty gained him great respect in the field of subcontractors, suppliers, civil engineers, structural engineers, and architects, and the local industry’s level of respect for him has remained steady from those early years to today. His consistent availability and considerate communication skills have continuously secured the trust of his clients, a truth to which all of Joyner Construction Partners, LLC.’s repeat customers over the years can testify. The fact that many of Joyner Construction Partners, LLC.’s staff of project managers and project superintendents have been a part of the team for over twenty years reflects the presence of Richard’s fairness and compassion for them.Richard’s expertise and knowledge, along with his commitment to keeping the overhead of Joyner Construction Partners, LLC. lean, has allowed the team to participate in a variety of projects, from small-scale remodels to large-scale projects in excess of ten million dollars. Richard’s personal caring for the company and the client simultaneously enables the team under his leadership to move jobs from conception to completion with minimal obstacles along the way. The Joyner Construction Partners, LLC. team’s vast knowledge of construction allows them to diversify into any means or method of contracting on bids, negotiated projects, construction management, or design/ build contracts. A portion of the strength of our design/build advantage has come from partnering with Varco Pruden, a leader in pre-engineered metal buildings. Joyner Construction Partners, LLC., along with selected architects, blend a pre-engineered building with architectural elements to capture large square footage at a reasonable cost.

Selecting Alachua County as location of both their personal and professional homes, Richard and his partner Millard take special pride in the projects Joyner Construction Partners, LLC. produces and in the relationships they develop along the way. There is no exception to the truth that participation in the local community is important to Joyner Construction Partners, LLC. Both company leaders have proved this truth, as Richard has served on the board of directors for the Builders Association of North Central Florida and was honored by the organization when he was named Builder of the Year in 2005. Richard is also on the board for the Reichert House Facilities, an after-school program for at-risk elementary, middle, and high school students. His unselfish contribution to numerous projects for the Reichert House Facility was recognized by the city of Gainesville on November 16th, 2014 when they proclaimed a Richard Wagner Day.

Richard also cherishes his family, which consists of his wife of 38 years, artist and yoga teacher Mary Lynn Jamison; daughter Roxanne, who is graduating from Palmer Chiropractic School; and son Ryland, who is now a project manager for Joyner Construction Partners, LLC. Outside of steering the commercial division of Joyner Construction Partners, LLC., Richard’s primary focus is family. He also enjoys taking in the outdoors by kayaking and fishing. To relieve some stress, Richard has also taken up landscape oil painting. 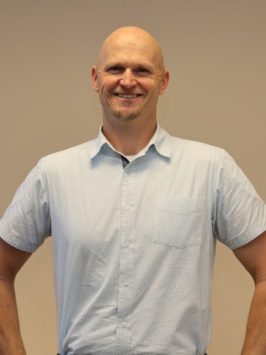 John Sixbey was born in Bradenton Florida and lived in different parts of the county until he moved to Gainesville to attend high school at Buchholz High and later Newberry High. After graduating he attended Santa Fe College and then transferred to and graduated from the University of Florida’s School of Construction Management in 1997. John was considering a construction position in Orlando but while interviewing met Richard Wagner (head of the commercial division of Joyner Construction Inc.) through a mutual friend and instantly knew Joyner was a fit for his beliefs and values. Richard believed in treating every project like he was building for a close personal friend by using competitive and quality driven subs subcontractors and constantly looking for ways to save the client cost and time from early design all the way through the project completion. Richard also had a well-known reputation for being fare not only to the clients but also to the subcontractors and vendors.

John started as an assistant superintendent directly out of UF and quickly moved to an assistant project manager and within 2 years was managing several of his own projects at any given time. Three years later John studied and passed the state test for his building contractor’s license. John has managed many residential and multifamily projects throughout the years but has found his true passion to be on the commercial side of the industry. He appreciates that each commercial project is unique and enjoys learning about new methods and materials. He feels so privileged that he has a career in something that he truly loves and takes special care and consideration in each project he is involved in no matter how large or small. Working at Joyner for over 20 years, John has a very close relationship with many of the local building professionals including the city and county building departments, local architects and engineers, material vendors and subcontractors. In 2018 John became a partner in the firm with Richard Wagner and Millard Joyner. He tells everyone that he loves his career and strives to share that enjoyment with everyone he comes in contact with on and off the job site.

John met his wife Meggen soon after starting at Joyner and has been married for over 18 years and has 3 daughters. He enjoys an occasional motorcycle ride with friends and family in the mountains but spends most of his free time with his wife and their 3 daughters. A lot of their time together is spent on outdoor activities in the Gainesville area along with traveling volleyball for all three daughters. It is not uncommon for John to stop and check job sites with his daughters on evenings and weekends while running errands since most of Joyner’s projects are right here in the city of Gainesville. His daughters don’t always get as excited as John but do show interest in some of the more unique ones. John strives to instill in his daughters the same values he lives by while at work. Treat everyone with respect and kindness and always work hard to go above and beyond expectations.

Fill out my online form.

“Joyner Construction has not changed in 30 years, great people, attention to detail, and a handshake is still an agreement. As a subcontractor we enjoy working with Joyner Construction, projects are well run, well communicated without all the process layers of many of their competitors. I have worked with Richard Wagner for years, he’s hands on, tuned in, and understands all aspects of the project. This results in a successful project for owners and subs alike.”